It ain’t whatcha got, it’s the way that you use it 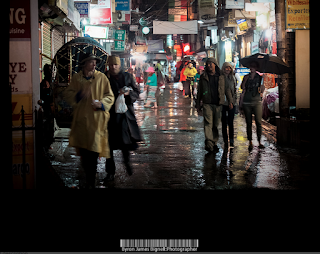 Or, why you should stop worrying about gear and get on with making images that matter.


First, a brief look back and some confessions. We’re all, or mostly all guilty of it; concern over the camera we’re using and trust me, it goes a long way back — even before digital


(Gasp! You mean there was photography before there were digital cameras Uncle!? Yes! But that’s a tale for another time.)


In the before time, as now, photography was always a collaboration between all sorts of people. Engineers and designers made camera equipment and supplies. Photographers bought equipment and supplies. There were darkrooms and studios, lights, cameras, action! Here in the now time it’s the same. You as a photographer are pretty much 100% dependent on the creativity and a set of silent collaborations that result in cameras and other goods in order for you to be able to get out there and make (capture) images.


(I’ll talk about the contextual concept of “capture” in a later article.)


And the people who made the cameras spake and seethe “This is a professional camera.” and “this one, is not.” and the huddled masses genuflected and obediently formed lines, with some queuing up for the professional models while the many more, with heavy hearts amongst them lined up for the “not professional” model. And it was as the makers planned it.


For the makers had seen to it that they foment material desires amongst the masses, the pro and the not so pro and that desire in turn triggered feelings of inadequacy and the strong desire to “upgrade”. (with me so far?)


And yet, among the masses, those who wielded the cameras; the Nikons, the Leicas and the Canons, the Pentaxes, the Olympuses, (and on and on) amongst the many who made image after image, who sought out and “captured” moments, one after the next; none of them paused for a moment to consider that it wasn’t the camera that was making the images, it was them - albeit with the assistance of a tool that was a camera and that device was not the deciding factor in the content of said images.


(okay, we’re getting past the liturgical bits here)


The camera you have is not going to make your images better. You are. And, the very best camera is really the one you have with you. You’ve heard this before. Over and over again people will spout this at you and you’ll listen for a moment before you start drooling over the next new camera announcement from one of the manufacturers.


There’s always been a dependency on camera makers for you to do what you do. Nothing’s changed there. That set of technological dependencies has grown and changed over the decades and now includes incredibly sophisticated electronics in the camera that replaced film all the way to computers and software that have replaced the darkroom. Get the picture?


Now reel it back a little and think about this. Even the best gear in the world will not make you a better photographer; it never has. If you suck you’ll just suck with more expensive equipment. A photographer with some chops will and is able to make use of pretty much any camera in any situation and make something of it. It’s not the gear. It’s the mind and the eye behind the gear. So, what makes someone a better photographer? Practice, study, more practice…yes, that’s right, hard work and making lots and lots of bad, mediocre and so-so images before you learn to see and translate what you see into images that matter somehow.


Your images may not matter to others and you may or may not be the next Eddy Adams, but it’s persistence and hard work that make you a better photographer, not your gear.


Still not with me? Look back into the history of photography and consider that many of the images you admire were made on very modest equipment. Sure, some were made on Leicas, but have you ever used an early model Leica? The tiny rangefinder, the clumsy film advance? No, didn’t think so. Early cameras were still products of the same silent, arms-length collaboration between makers and photographers. They were the height of technology in their time, but looking back, you might wonder how they did it. But they did.


Where is this all going? Simple; don’t believe for a cold-second that your images are not good because they aren’t made with a professional camera. Stop that right now. Find a camera you like and learn to really use it; period. Get out there and make lots of sloppy, bad images. Learn from them. Look at great images! Lots of them. Learn to compose, learn about light and work on your timing and ability to read a crowd or a person. Make mistakes and eventually you’ll be making better images.


The good part is that if you use digital you won’t have spent uncountable thousands of dollars on film and darkroom equipment in the process. But that’s a story for another day.
cameras discussion editorial gear opinion photography